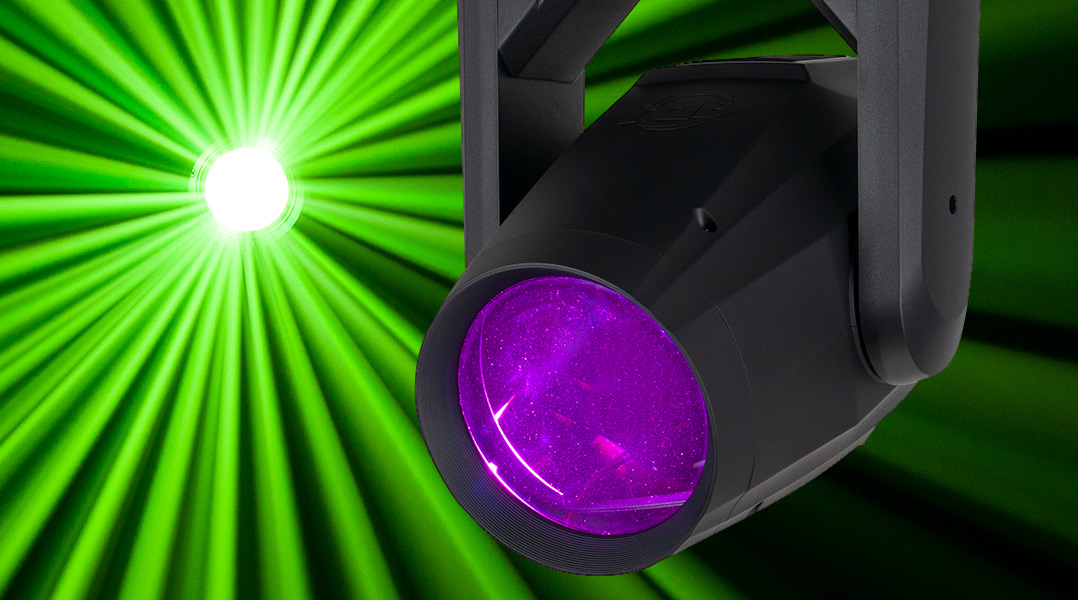 Beam fixtures based on the immensely popular Philips® Platinum 5R lamp, such as ADJ’s Vizi Beam 5RX, have been staples of most concert, festival and superclub lighting rigs for the past decade. Now, the ADJ Vizi Beam 12RX ups the ante with a fixture that is not only noticeably brighter (while still maintaining a relatively low power draw) but also packs in an enhanced feature set to give lighting designers unprecedented creative potential.

The Vizi Beam 12RX harneses the power of a 260W Philips® Platinum 12R LL lamp, which features an innovative reflector design to generate an extremely high-intensity beam. This is coupled with precision-engineered optics and a large glass front lens to allow the fixture to generate an exceptionally potent and sharp beam. It outputs approximately 9,400 lumens (compared to around 8,000 lumens for a 5R fixture) and measures approximately 70,200 lux at 20 metres [65.6 ft] (compared to around 58,000 lux for a 5R model). In practice, this makes for a visibly brighter and more intense beam. In addition, the lamp has an extended lifespan of up to 6,000 hours (increased from 2,000 – 3,000 for the 5R) which significantly reduces the cost and inconvenience of lamp replacements.

With a razor-sharp 2-degree beam angle, the fixture has been fully optimized for creating impressive mid-air beam effects. It also offers a versatile collection of onboard beam shaping tools, which allow for a vast variety of different looks to be achieved. These include a 24-facet circular prism, frost filter and CTO + CTB color correction filters.

“The Vizi Beam 12RX is a next generation beam fixture that offers improved brightness, extended lamp life and an expanded feature set,” comments ADJ USA’s National Sales Manager, Alfred Gonzales. “It produces stunningly bright and extremely sharp beams that I know lighting designers are going to love. The 24-facet circular prism can be used to create gorgeous mid-air vortex visual effects, while the combination of a frost filter and CTB / CTO filters mean that color-corrected washes can also be generated from this beam moving head, making it a truly versatile lighting tool.”

The fixture’s GOBO wheel is loaded with 16 static metal patterns (including four beam reducers) that have been carefully selected for the creation of mid-air beam effects. A GOBO shake effect can be applied to any selected pattern, which adds an engergetic motion to the beam output. Motorised focus, with smooth 16-bit fine control, is also provided. This allows designers to ensure GOBO patterns are crisp at any projection distance as well as to deliberately blur out projections to create more subtle effects when required.

In addition to the 24-facet circular prism, the unit also features a 6-facet linear option. Both prisms offer variable speed rotation and can be layered to create even more beams from this one single fixture. Smooth 0-100% dimming is also provided, alongside variable speed strobing.

The fixture’s light engine has a native color temperature of 7800K, which makes for a striking cool white beam. This can then be colored with a choice of 14 vibrant dichroic filters, which are mounted on an independent wheel. The colors include a mixture of strong primaries (e.g. red, green, yellow, cyan, majenta) as well as more subtle shades (e.g. lavender, light green, light yellow), in addition to UV and the CTB/CTO color correction filters. The wheel is also fully indexed, allowing for the selection of split color combinations.

The unit itself has a robust construction and has been designed for a life on the road. With two large handles built in to its base, the fixture is easy to lift, carry and rig. It is fitted with large rubber feet, to allow it to stand directly on a stage or riser, and is also supplied with a pair of Omega brackets for rigging to truss or lighting rails.

A large full color LCD display, with four corresponding selection buttons, is located on the front of the unit’s base. This provides easy and intuitive access to a menu-driven interface that facilitates mode selection, DMX addressing and configuration of the fixture’s various operational attributes. It offers a choice of two DMX modes (14 or 16 channel) and supports the RDM protocol which allows remote DMX addressing and trouble shooting from an RDM-equipped lighting console.

Input and output connections are located on the rear of the unit’s base. There are both 3-pin and 5-pin DMX sockets, for easy integration into any existing DMX lighting setup. Power is supplied through a standard locking input socket, while a corresponding locking output socket can be used to daisy chain multiple fixtures thanks to the unit’s low power draw of 384W (@120V) / 371W (@230V). Finally, a USB socket is also provided to allow quick and easy loading of future firmware updates.